Tasked to design, develop and manage the largest Life of Field Seismic (LoFS) 4C/4D Ocean Bottom Cable (OBC) system in the world, WGP achieved this and more in the Chirag Azeri Reservoir Seismic Project. WGP has been involved with CARSP since 2006, in that time the company has completed, on behalf of BP Exploration (Caspian Sea) Ltd, six baseline surveys and four repeat surveys totalling 26,639km of shot line.

The Chirag Azeri Reservoir Seismic Project (CARSP) is the latest phase of seismic acquisition for reservoir management on the Azeri-Chirag-Gunashli (ACG) oil field complex in the South Caspian Sea, Azerbaijan.

WGP has been involved with CARSP since 2006, initially solely concerned with the installation of the seismic source system for the project.

During early 2006, WGP’s involvement increase, looking at the design and installation of equipment onto a single vessel. The design criteria from the Client being that the equipment has to be modular and transferable between vessels (non-vessel specific), Thus the system components became based where possible on modular ISO containers. Additionally, the vessel needed to be capable of:

WGP’s participation in the project expanded further inQ3 2006 so that they company was tasked with providing personnel for both ‘shooting’ and cable operations and ultimately for the overall operational management of the project.

Following the completions of Phase I of CARSP, the initial vessel used, AHTA Pacific Raider, was fully demobilisated and returned to owners.

Post demobilisation, an internal Lessons Learned session was held which led WGP to implement an extensive remedial action plan prior to Phase II which included:

A major advancement for Phase II of the project was the provision of a larger vessel, the PSV Citadel with increased back-deck space (675m2, against the Pacific Raider’s 408m2). As an indicator for the increase in magnitude of installation from Phase I to Phase II, the weight of steelwork and equipment increased from 120 tonnes to 270 tonnes.

Conversion and outfitting of the Citadel took 10 weeks to complete.

Phase II survey operations commenced in March 2010, and completed 4 surveys by the end of February 2011, comprising 1 repeat (4D) and 3 baseline surveys, upon completion of which the Citadel will be demobilised. During this time, equipment will be stored onshore to undergo maintenance and care until Phase III start-up scheduled for 2011/12. 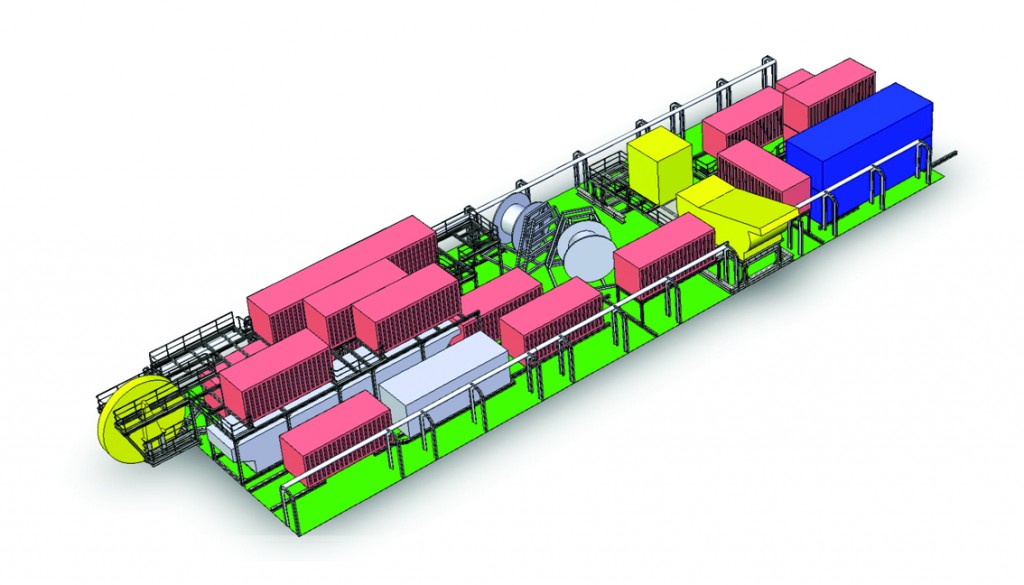 Additionally, the ROV was used to:

However, operational efficiencies were constrained as a result of:

R. Seaborne* (BP), D.H. (2010). An Acquisition Model for an Interim Life of Field Seismic Project at the Azeri-Chirag-Gunashli Field in the EAGE 2010, Barcelona.

Meet us at 2019 EAGE Workshop on Practical Reservoir Monitoring

WARMINSTER, UK, 10 July, 2018 – WGP Group Ltd. is pleased to announce that they have been awarded the permanent reservoir monitoring acquisition...

WGP Group Ltd has been awarded a contract from ConocoPhillips Skandinavia AS to acquire seismic data sets on the Eldfisk field in the North Sea in...